Get in touch with us

The Ollie is our first Plywood cat tree design. It comes in three sizes, making it perfect for any number of cats and any interior.

Why Buy This Agile™ Cat Tree?

My cat Kota instantly fell in love with his new cat tree. The hammock style bed is where he spends the majority of his day now. He looks so comfortable and peaceful there, and it's a great height for me to stand and give him kisses. 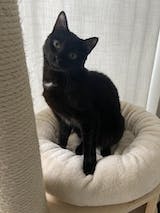 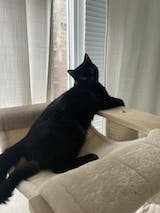 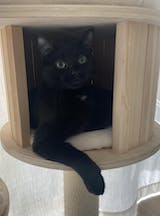 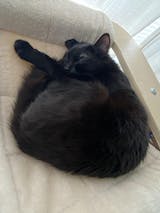 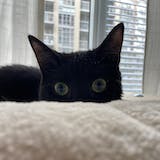 It’s surprisingly hard to find cat trees that are not ugly, so I was delighted when I saw this stylish one made by Agile. It arrived within 3 days and was easy to assemble. While this was more expensive than most cat trees on the market, it was worth the price for its excellent design, high quality materials, and sturdy construction. My cats love it! 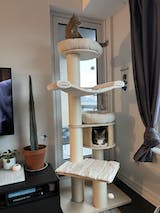 I waited a few weeks before posting a review to make sure our boys liked their new cat tree. It took them a little bit to get used to jumping up to the higher level, but they were in the cove and on the lower level from the moment it was put together.

The assembly was straightforward with the only Allen key needed included in the kit. It’s very pretty to look at in your home as well which is why I specifically sought these out compared to other less slightly and less stable trees. This one is solid.

I do wish the soft bed attachments were done in a different way though, having them attached via Velcro works fine but means it can sometimes be seen and the cats can’t hold onto the bedding to climb up like they would normally want to. They’ve quickly worked out how to land their jumps instead though. 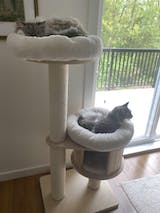 I was disappointed to learn this is made in China. When I questioned why, apparently it is not cost effective to produce in Canada. For the cost of $400 I can't imagine why. I put this in my sunroom, and the 3 cats like the cubby, and second perch, but won't jump on the top. Materials are sturdy.

Gizmo enjoyed his cat tree immediately! Scratching, climbing and snuggling! This tree definitely checks all of our boxes! Thanks Agile - bonus that it looks great in any room! Great purchase 👌🏽 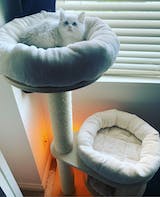 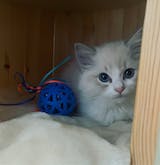 We know cats can be difficult, so we offer a simple 14-day return policy.

Simply contact us and we'll generate a return shipping label for you.

We ship all orders within 1 business day from our facility in Ontario.